Singapore private home prices are expecting to get a high record, 2018

Singapore private home prices are expecting to get a high record, 2018.

Private residential prices down by 11.6 per cent in the second quarter of 2017 in 15 quarters of market corrections. On the other hand, it may take only five to six quarters of market recovery to bring prices back up if the current momentum holds.

Analysts are expecting a new peak in private home prices. Developers developed new launches on land, and they have acquired at significantly higher prices, by the end of this year. The Urban Redevelopment Authority (URA)'s flash estimates on Monday showed that private home prices increased rapidly for the fourth straight quarter, up 3.4 per cent in the second quarter after a 3.9 per cent increase in the first quarter. 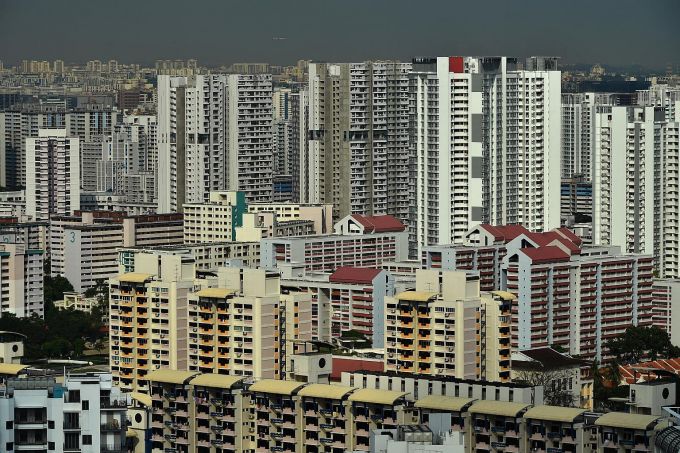 "The sentiment is inching us towards another peak. Singapore property prices are likely to recover to the 2013 peak levels in one or two quarters." , said by Cushman & Wakefield senior research director, Christine Li.

OrangeTee & Tie head of research and consultancy, Christine Sun, agreed with Christine Li. She expects Q3 2013 peak prices to be breached as early as in the third quarter of this year, barring any external shocks or government intervention. "With many new launches in the pipeline, we expect private home prices to continue to trend upwards for all market segments for the next quarter, especially since many projects may be launching at new benchmark prices owing to the higher land costs," Ms Sun added.

This private residential price index at just 3.6 per cent below its last peak of Q3 2013 and 9.1 per cent above the last trough of Q2 2017. In the second quarter this year, the price index for non-landed private homes is 1.7 per cent below the Q3 2013 peak based on the flash estimate. In particular, non-landed home prices in the suburban region or Outside Central Region (OCR) are just 0.8 per cent shy of the last peak, compared with 2013 and 2017.

Based on the caveats analysis of Ong Teck Hui, JLL national research director, he shown that in the second quarter, there was more new launches projects than in the quarter-ago period. He also noted that the second-quarter price goes up was underpinned by more new launches with strong pricing as well as increased volume of transactions. The transaction volume increased 14.2 per cent in the second quarter, compared with the first quarter. The number of new sales recored 48 per cent while resale and sub-sale volume remained roughly flat.

Mr Ong estimates that in the second quarter, transaction volume in the RCR rose 34.2 per cent, with new sales accounting for 45.8 per cent of its transaction volume, significantly higher than 31.7 per cent in the first quarter. The overall median price of S$1,665 per square foot (psf) was achieved in the RCR during the quarter, 12.7 per cent higher than that in the first quarter, based on caveats lodged.

In the non-landed segment, prices in the city-fringe or Rest of Central Region (RCR) jumped the most - by 5.7 per cent in the second quarter, after registering a 1.2 per cent uptick in the first quarter. Analysts note that this coincides with a jump in transaction volumes in the region, with bullish pricing at new launches, such as Amber 45, The Tre Ver, Margaret Ville, The Verandah Residences and The Jovell.

Knight Frank Singapore head of research Lee Nai Jia also said "Policy risk will definitely be heightened but the government will monitor how the market will react to the upcoming new launches first,"

Ms Song is eyeing more upside for CCR non-landed prices in the coming quarters given the pipeline of new residential developments that could be launched. These include 3 Orchard By The Park, South Beach Residences, 8 St Thomas, and One Draycott.

Moreover, about 8-15 per cent increase in private home prices, due to the expecting of almost analysts. ZACD executive director, Nicholas Mak forecasts of 12-17 per cent and this is the reason why he became the most bullish. But they see government intervention as premature when an increase in launch supply and rising interest rates are under way. He also added:"Whether the residential property market recovery could continue for another one to two years would depend on several factors, such as the economy, job market, health of the HDB resale market and buying demand for new residential projects, which would be launched at record prices in their respective locations."

Colliers International head of research for Singapore, estimated that the median psf pricing at Amber 45, Park Place Residences and Margaret Ville in May were 13-25 per cent above comparable. Meanwhile, the resale market could have benefited from collective sales beneficiaries looking for a replacement home, she said.