UPDATED: In January, a 5-room HDB resale flat on a high floor in Geylang with sweeping views of the Singapore Sports Hub and city skyline was sold with a sky-high price of $910,000. 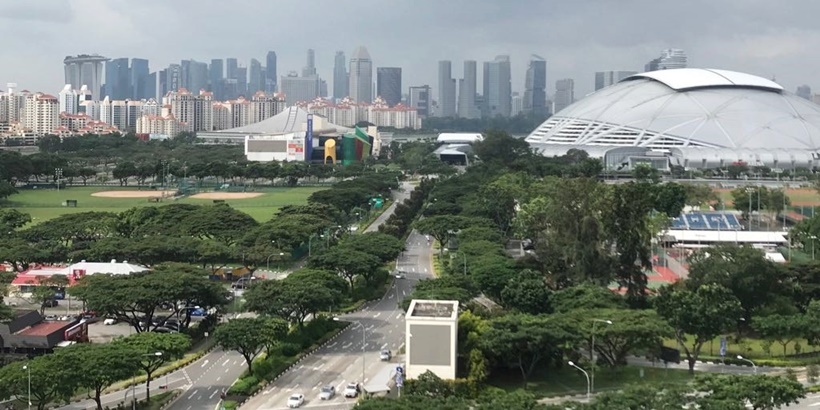 The unit has an requested price of $920,000 and was listed on PropertyGuru.

ERA Realty property agent Dulcie Liu, who brokered the deal said that it was snapped up after two days by a Singaporean couple who recently sold their property in an en bloc sale. That is the reason why it becomes the most expensive 5-room flat ever sold in Pine Close.

This is an ideal location and the couple was willing to pay a premium for the flat “Such well-located flats will never waver in demand and price,” Liu said.

Geylang is a "delicious pie" for developers because of its strategic location. Many condominiums launch at Geylang in 2018 by reputable developers and clients have more choices.

Meanwhile, experts said that such high prices are not the model for public housing. In the past five years, there was a decrease of HDB resale flat prices, with a a 1.5 percent drop in 2017, in fact.

Despite this, the buyers can make a request to have a choice and the sellers make profit based on those requests, especially with the significant increase in en bloc sales, Liu noted.

She also said: “Many en bloc sellers are now looking to use their sales proceeds to retire in mature HDB estates,”

Agreed with Liu, Ismail Gafoor, CEO of PropNex Realty said: “The en bloc boom in 2017, alongside the positive sentiment in the residential market, is set to increase the demand for HDB resale properties as some of the displaced homeowners might consider purchasing resale flats as their new home,”. He also exexpects in 2018, HDB resale prices can grow of 1.0 to 2.0 percent.

Geylang becomes the valuable location through many sucessfull en bloc deals. Therefore, many new condominiums projects are launched and attracted the interest of potential customers. In many new condo projects at Geylang, Sixteen35 Residences @ 16 Lorong 35 Geylang and Rezi 24 @ 51 Lorong 24 Geylang are noticed becase of its surrounded nearby area and amenities. For more detail, please kindly contact us.